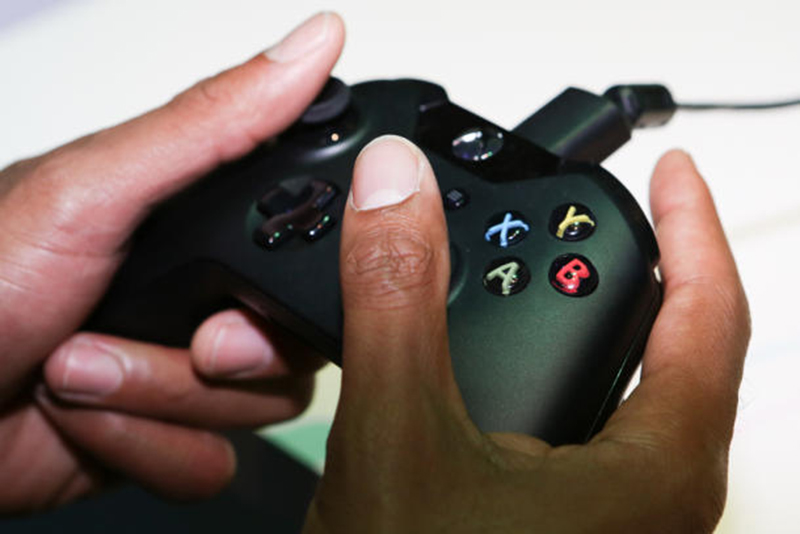 A few weeks back we took a look at the PS4, hitting shelves just a few weeks from now. Today we’ll look at the PS4’s competition, the much-awaited Xbox One – available for purchase on November 22, just in time for the holidays. The Xbox One will have a $499 starting price when it hits stores on November 22, and with a price that high, it’s clear Microsoft is targeting the well-to-do consumer with the new device — at least at launch. By comparison, the Sony PlayStation 4 will cost $399 (and release a week earlier on November 15) — although its optional PlayStation Eye camera and motion detector will be a $60 add-on, while the Kinect accessory will be bundled with every Xbox One sold.

For those not ready to drop half a grand on a new media device, Microsoft has refreshed its current gaming console, the Xbox 360, which is now available in a smaller redesigned chassis. The price has been kept relatively low ($200 for 4GB, $300 for 250GB), and Microsoft has sweetened the deal with a two-free-games-per-month deal for Xbox Live Gold members.

Design and Hands-on impressions
The Xbox One is large, sleek, and black, and looks like a piece of AV equipment. The controller and Kinect unit are redesigned, too: the Kinect and Xbox One, in particular, sport sharp-angled, glossy-black boxy looks. As a set, the Xbox One really does feel like some elaborate piece of home theater gear — and considering its mission to knit entertainment together into a modern all-in-one package, that’s clearly intentional.

New Kinect
As mentioned above, a new Kinect comes with the Xbox One, complete with improved accuracy. It has a 1080p camera, Skype connectivity, and understanding of rotational movement in a structure like a skeleton. Microsoft even claims the new Kinect can read your heartbeat. It can also recognize your controller, not just your hands — suggesting uses that sound a little like the ones for PlayStation Move’s wand. Unlike what was originally reported, Kinect won’t necessarily need to be activated for all of Xbox One’s features.

‘Always on,’ used games, indie publishing, and lending (reconsidered!)
Following E3 2013 and after nearly a month of taking beating in the press, Microsoft has changed its stand on the Xbox Digital Rights Management (DRM) policies.

First, the good news. The Xbox One will no longer require an Internet connection to play games. Users will connect the console to the Internet during its initial setup, but afterward can play any disc-based or downloaded game for as long as they want, without ever connecting to the Internet again. Of course, if you desire a multiplayer match with people over the Internet, then you’ll need to connect to it.

To drive home the point, Microsoft states, “There is no 24-hour connection requirement and you can take your Xbox One anywhere you want and play your games, just like on Xbox 360.”

Home entertainment
Microsoft promises that Xbox One is a better-connected way of linking live TV, games, and entertainment in one unit — something the Xbox 360 already does, but will do more via commands like “Xbox, on.” As was said during the initial press conference, you’re “going to have a relationship with your TV.” The elevator pitch: take on a living room that has become “too complex,” and make a system that knits together games, TV, and entertainment. Microsoft wants Xbox One to intercept every cable or satellite connection before it gets to your TV and tailor the Xbox experience around the content you already view everyday.

The Kinect sensor again comes into play here. The accessory enables voice and gesture control, both of which are integrated into the Xbox One’s TV control. Watching live TV will involve maximizing and minimizing the screen in a top corner. Live TV will be part of the Xbox One experience, via HDMI-in.

Specs
Under the hood, details so far include an eight-core processor and graphics made by AMD, 8GB of RAM, Blu-ray, USB 3.0, HDMI in/out, and a 500GB hard drive. Besides all of this, Microsoft is promising a new operating system fusing Xbox and Windows.

The Xbox One architecture has “three operating systems in one”: Xbox, a kernel of Windows (perhaps like Windows RT), and a multitasking interface. The idea seems to be that this console will be a multitasker at heart. Check out a head-to-head comparison with the PlayStation 4 specs known so far, however, and you can see that the distance between Sony and Microsoft, in terms of hardware, will be shorter than ever.

SmartGlass
The tablet-based SmartGlass experience will center on the Xbox One, and will work as before with a variety of phones and tablets. Baked-in Wi-Fi Direct on the Xbox One will allow Bluetooth-like direct communication between external devices, which could come in handy for other future peripherals, too.

Now with SmartGlass you’ll be able start single-player games, set up multiplayer matches, view achievements, and purchase in-game add-ons. With the new game Ryse, Microsoft demonstrated the ability to get instant real-time stat comparisons with friends you play with. You’ll also have access to any Game DVR videos they’ve uploaded.

Xbox Live
Built on the existing service and usernames, the new Xbox Live promises 300,000 servers for the Xbox One, a whopping number. Matchmaking services will work while you’re doing other tasks like watching movies or Web browsing, and bigger, more quickly connecting matches are promised, too. Microsoft has discussed some cloud services on the Xbox One that seem promising: user-based cloud game saves, uploaded game recording, and even the potential for cloud-processing-enhanced games.