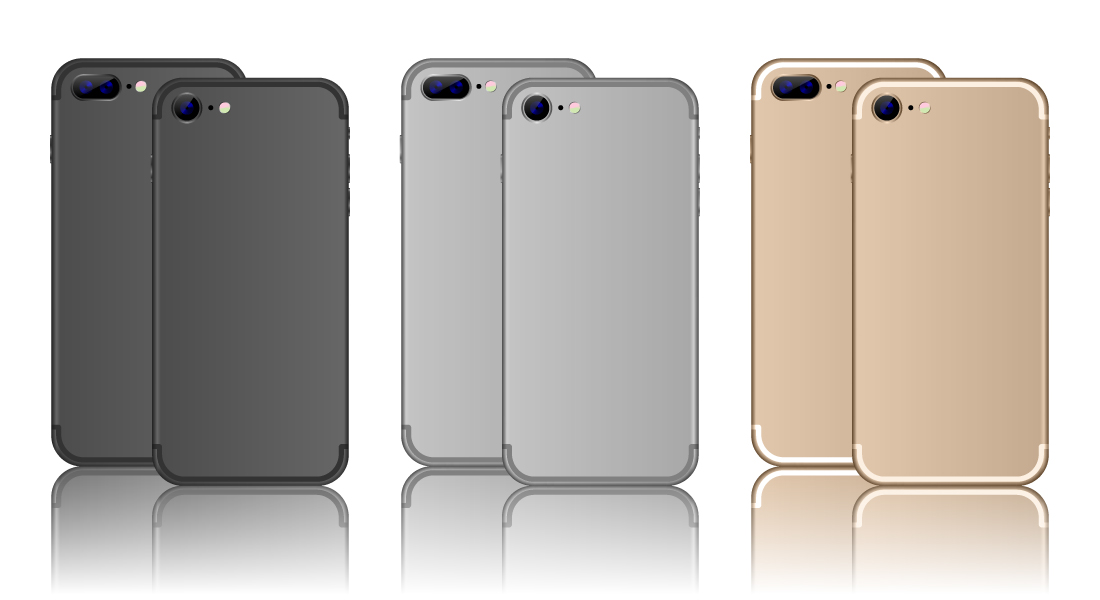 Another year, another iPhone

Apple’s new iPhone 7 just hit the market. Tech junkies who have been eagerly awaiting the release can go out and get their fix.

With the recent release of Samsung’s Galaxy Note 7, the common theme this year seems to be water resistant phones. Tech giants have finally listened to people’s complaints about dropping their phones in water.

So the question on everyone’s mind: are these new knick-knacks worth it? Should we consider getting this latest version? Since it’s nearing the end of the year, should we wait for next year’s phone?

To help make that decision, here are is a list of the top 10 new features of the new iPhone 7 and a breakdown of whether you should get it.

Top 10 New Features of the iPhone 7

This one has been a little controversial ever since images of the new phone design were leaked.

But the real concern is that people are worried about having to get adapters. Apple announced that everyone would get a lighting-to-adapter with their new iPhone 7.

The reason why they got rid of the jack was to create a sealed phone which allows it to be water resistant. It’s a small price to pay for getting a phone that survives a dip in the pool, sink… you get the idea.

One feature it does introduce is the apple AirPods. They are wireless headphones that can do a bunch of things. It lasts up to 5 hours wirelessly and 24 hours in its case, able to pick up your voice and connects seamlessly to other devices.

It is definitely going to change our expectations of earbuds.  The only down sides is that you could easily lose one if it falls out, and some people think they look ridiculous. The AirPods are expected to be available late October.

The new phone is waterproof sealed and IP67 graded. This means it is dust-proof and can take up to 1m under water. This means it can handle the occasional spill or dip in the pool.

It will just be a matter of time before TechRax will be up to his shenanigans and test out the durability of the phone. For normal people, the phone seems tough enough to handle out ordinary accidents.

Includes and new 7 megapixel front-facing camera, which is a step up from the 5 megapixel from the last phone. New software has auto-image stabilization and other image enhancement features. The back camera remains 12-megapixel but adds a larger opening hole for the lens.

The noticeable difference is the iPhone 7S having dual cameras. It has the 12-megapixel telephoto cameras. It allows for optical zoom X2 and digital zoom up to 10X that keeps the quality intact.

The new phone replaces the 16MB memory in the iPhone 6 for 32GB built-in base level storage. This can be upgraded for a 128GB and 256GB storage capability. This was one of Apple phone owner’s pet peeves which have finally been addressed.

As always, there is no micro SD slot which makes this a nice surprise for people having to use cloud based services for storage.

It has also improved its coloring for more natural looking imagery.

Since the new phone is completely sealed, the home button has had a change. It is now a haptic which vibrates when pressure is applied.

Vibrations provide feedback on how hard you are pressing it, the harder you press it the more it vibrates.

The battery has 2 hours longer battery life than iPhone 6S and 1 hour longer than the 6s Plus. What does this mean for different types of usage?

This means up to 14 hours on Wi-Fi, but since it uses wireless devices, audio and video playback lasts less.

There are new colors added to Apple’s unique array of colors; jet back and matte finish. It is able to come in rose gold, silver, and gold.

Apple claims that its high-gloss finish is done through a nine-stop anodization polishing process.

One red flag people have noticed is that on their description it did say that “its high shine may show fine micro-abrasions with use” and that people should considering getting a case.

This is to be expected, most people get a case for their phone but this just shows that your shiny new phone won’t stay like that for long.

In case you are wondering which phone case to get, check out our previous blog about which phone is best to get.

Without the 3.5mm headphone jack the new phone has room for an extra speaker. The added speaker gives the new iPhone built-in stereo speakers.

The new set-up is 2X louder than the 6s and has increased dynamic range.

The new phone comes with the A 10 Fusion chip which is 2X faster than the 6S processor.

For all those hardcore mobile gamers, this means flawless stunning graphics that won’t make you lag.

Is it worth it?

The iPhone 7 and 7S delivers a powerhouse state-of-the-art phone capable of meeting the expectations of phone users anywhere.

At least for now, this is one of the top phones you can get from this year’s new phones. So if you’re thinking of getting a new phone or planning on upgrading, this could be the phone for you.