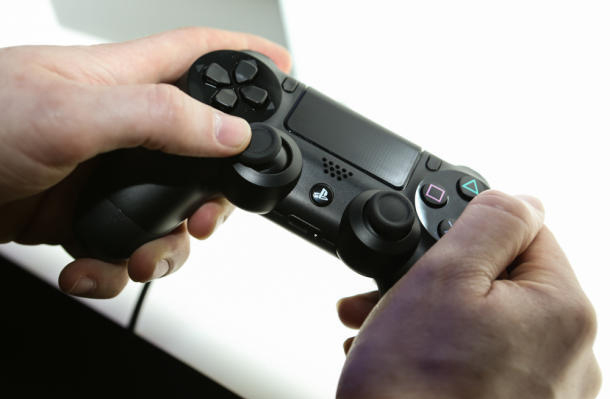 The PlayStation 4 is almost here.

Sony’s next-gen gaming console will hit stores in the US on November 15 at a price of $399. That price undercuts Microsoft’s Xbox One — also arriving in November — by $100. If you want to preorder, be sure to sign up for a ReShip.com address to have one shipped directly to home – no matter where you live in the world.

With the clock ticking on the PS4’s release, we’ve gathered together just about everything we know about the next PlayStation, and how it compares with its new nemesis, the Xbox One. Read on for the details.

Hands-on
At first glance, it’s difficult to see any real discernible difference between the PlayStation 4’s DualShock 4 and the DualShock 3 of the PS3, but after a few seconds the differences are readily apparent if you’ve spent a good amount of time playing PS3 games.

Trigger buttons are improved over the DualShock 3, but they honestly don’t feel much more like actual triggers as they’re flatter and wider than, say, the Xbox One’s. The shoulder buttons, however, are much softer and feel more comfortable than either the PS3’s or Xbox One’s. The controller feels as light as the previous incarnation’s, and its handles feature a grippier texture on the back and bottom. The touch pad feels smooth with a slight groove, and depresses pretty easily.

Design
About that design: the angled parallelogram design of the PS4 clearly conjures PlayStations of the past. It looks like a PS2 on steroids. It’s an attractive look, but it’s boxy; it doesn’t seem nearly as big as the Xbox One, however.

Also, box design really means nothing. But, hey, at least we know what it’ll look like next to our television, and it’s fine-looking without being obtrusive.

Used games: Yes (mostly)
The Xbox One had generated controversy because of its onerous digital rights management policies, including requiring daily Internet connections and account verification — even for single-player games. According to Microsoft’s original plan, sales and loaning of used discs would’ve been limited by policies set by individual game publishers. Microsoft has since reversed those policies.

Sony’s policy for the PlayStation 4 appears, at first glance, to be far more traditional, but now that Microsoft’s Xbox One policies seem to have come more in line with Sony’s, the PS4’s original advantage on this front has been largely erased. The PS4 will support used games and won’t verify game accounts online. However, Sony will also leave it to third-party publishers to set their own rules on used titles, so it may not be as black and white as originally touted.

Both the PS4 and Xbox One are said to be region-free, meaning games bought in or imported from any region should play on each respective console.

PlayStation Plus and PS4
The PS4 will support the same PlayStation Plus service as the Vita and PS3, with no new subscription price increase: it’s all folded together. (Right now, that’s $50 per year.) Unlike the PS3, however, a Plus subscription will be required for online multiplayer games. Thankfully, though, you won’t be required to have Plus to access PS4’s media services (Netflix and the like). You do need Microsoft’s Xbox Live Gold subscription to do nearly anything — including Netflix — on Xbox One and Xbox 360.

The PS4 will have its own Instant Game collection service; DriveClub PS Plus Edition will be the first free game at launch, with one free game per month after that. Titles will include Don’t Starve and Outlast.

Sony’s been smart to offer up free games via Plus, and you have to wonder if Microsoft is taking notice: a similar offering of free monthly games was announced for Xbox 360 owners subscribing to Xbox Live Gold.

Sony announced at Gamescom that PS4 owners will receive a free 14-day PlayStation Plus trial with the purchase of their console, which includes access to games DriveClub and Resogun.

Hardware
The PlayStation 4, as you’d expect for a seven-years-later follow-up, has impressively bumped specs:

Yes, the PS4 will have a Blu-ray drive that can also play DVDs. The PS4 will also have three USB 3.0 ports, 802.11 b/g/n Wi-Fi and Ethernet, Bluetooth 2.1, HDMI, Analog AV-out, and optical digital audio output.

What about PS3 games playing on the PS4? Sony has so far discussed PlayStation 3 gameplay on the PS4 under the same umbrella as playing PlayStation 1 and PS 2 games, via a digital library in a yet-to-be-determined PlayStation Cloud Service. Whether this would be accomplished via streaming, digital downloads, or emulation wasn’t specified, but it sounds like Sony’s answer to the Virtual Console.

The PS4 will use a 500GB hard drive for storage; the same as the Xbox One. The specs overall match that of a modern PC with integrated AMD processors and graphics, or so it seems. It’s not a particularly stunning set of specs for a PC, but it’s far ahead of any existing game console. It’s just not as ahead-of-its-time on the hardware end as the original PlayStation 3 seemed to be.

Immediacy of response reducing lag time while accessing content is also one of the promised PS4 features (unlike the extremely laggy Wii U, perhaps). The PS4 will allow speedy background downloading, and Sony claims that games will even be playable as they’re being downloaded.

Cell phones, tablets…second screens, too?
Whether phone, PC, or portable gaming device, Sony also made big promises regarding integrated gaming that will follow you wherever you go. What that actually entails — an app, social gaming, or something like true game streaming — wasn’t clearly defined, either, but it sounded like Sony’s continuing attempt to broaden PlayStation support via Sony tablets, phone, and electronics. It’s important to note that other game consoles like the Xbox 360 already allow this type of integration via certain apps, and many games do as well.

The core social elements of the PS4 are being promised to work on smartphones, tablets, and the Vita as well — on stage, the clean-looking social browser was shown on various devices, including streaming video of gameplay.