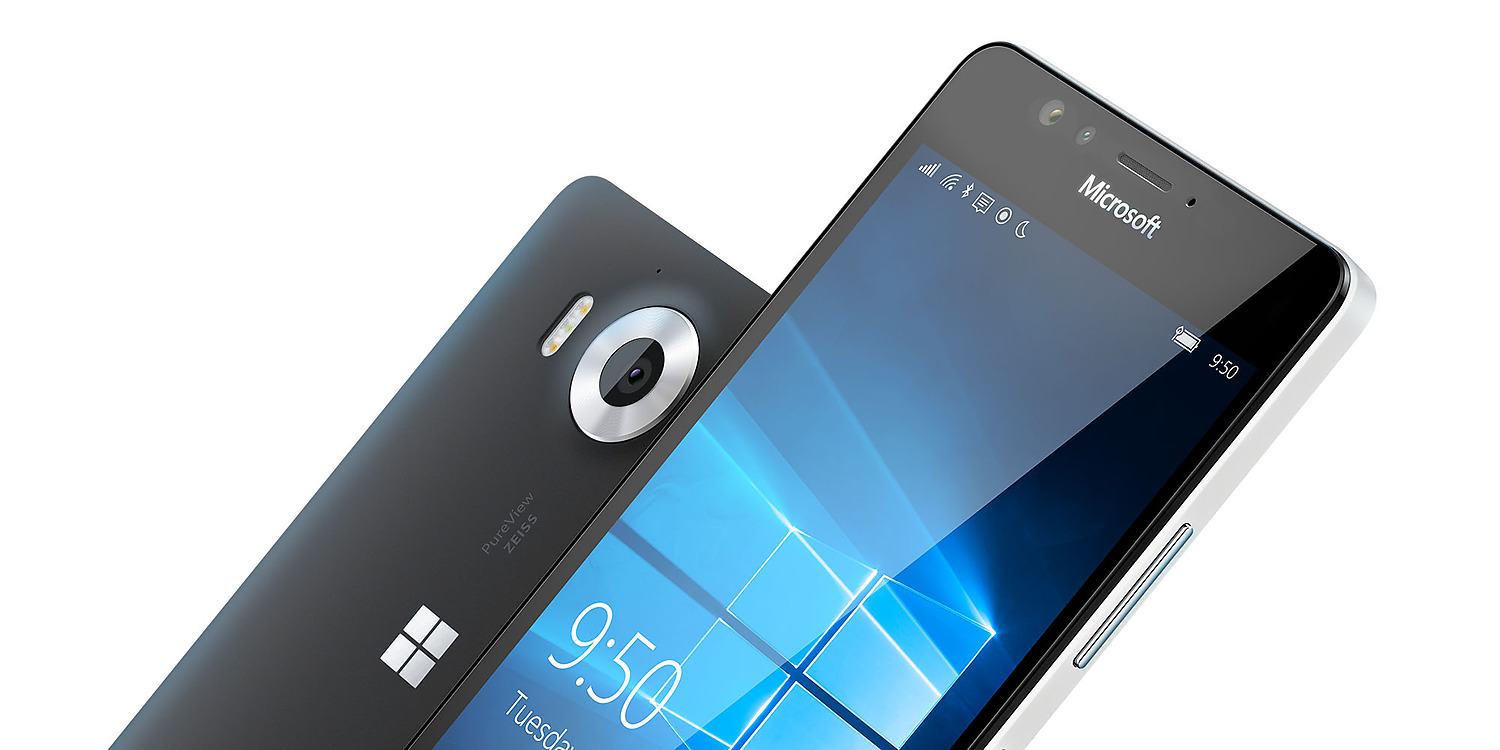 Rounding out the season of big consumer tech announcements from the likes of Apple and Google, was last week’s Microsoft Lumia Event. Like the other events, this one saw the unveiling of a plethora of tantalizing tech products from phones, to tablets, to gadgets entirely unavailable from competitors. Here, we will explore the most important and juiciest details from Microsoft’s Lumia event. Feel free to compare these to our write ups on other recent events, and decide what cutting edge computing equipment you want to keep your eye on in the run up to launch.

Microsoft announced the new Lumia 950. The major specs include a 5.2” Oled display, 3GB of RAM, 32GB of storage, and a Snapdragon 808 processor, which means Microsoft appears to be going toe to toe with the other high end phone manufacturers. Of particular note is the fact that this will be the first of Microsoft’s phones to be running the new Windows 10 mobile OS. In addition, it makes use of liquid cooling technology. That’s something no other phone does.

This phone will include an impressive 20 megapixel camera and a 5 megapixel front facing camera will also make group selfies (groufies?) a breeze.

One more big feature of this phone is its ability to support Bluetooth mouse and keyboard connectivity and connect wirelessly to a monitor, thereby making it, in essence, a desktop computer. This is done through a program called Continuum, which is a feature of Windows 10 mobile OS.

And if you are looking for something bigger, you can opt for the Lumia 950 XL. This phone boasts a 5.7” screen. It will cost $649 whereas the standard model costs $549. You can expect these phones to be available as early as this November.

A New Phone for the Budget Conscious

Microsoft hasn’t left those small spenders out in the cold. It also announced a less fancy, less costly alternative called the Lumia 550. It is 5 inches, features a 5 megapixel camera and will retail for $139. This doesn’t seem like a bad alternative for those who don’t need their phone to have all the bells and whistles.

As previously mentioned, Microsoft’s new phones will have the capability to turn into little desktop computers. Of course, this can’t be done without a little hardware augmentation. Therefore, we have the display dock, a little rectangular box which plugs into your Windows phone and contains connecting ports for HDMI, display and 3 full USBs.

It’s called The Surface Book and it is gorgeous. This lovely machine straddles the line between laptop and tablet. All of the essential inner-workings of the laptop are contained within the screen, which means the screen can be detached from the base and used freely as a tablet. It has a 13.5” display, 12 hours of battery life and fully redesigned hardware from previous Microsoft laptops, including a glass track pad and new keyboard. It also has enough high performance parts to suggest that Microsoft wants this to compete directly with the MacBook Pro.

The original tablet with the tactile keyboard is getting iteration, and there are improvements in practically every area you could expect. While they made the hardware lighter and thinner, the display has grown from 12 inches to 12.3 inches. The maximum specs you can get on this machine are 1TB of hard drive space and 16GB of RAM with an Intel 6th-gen processor. Let’s not forget about the Surface Pen, which has 1024 levels of pressure sensitivity. This should give the Apple Pencil a run for its money. Indeed, Microsoft is confident in its ability to compete with Apple hardware, stating that it is 50% faster than a MacBook Air. That’s significant given that the Macbook Air is a full blown laptop and the Surface Pro 4 is a tablet. You can pre-order the Surface Pro 4 starting at $899 and it will release on October 26.

This would probably be among the least exciting of the hardware announcements to come out of this event, but for the tech-savvy fitness enthusiasts, this could be the next big thing. It is the newest iteration of the Microsoft Band, and it features a Gorilla Glass 3 screen and Cortana integration, which will act as a sort of passive personal trainer/motivational tool. Another new addition is a barometer, telling you your elevation – perfect for the hikers among us. It has all of the other features you want in a fitness tracker as well, including GPS tracker, heart rate monitor, calorie intake monitor, and sleep tracker. Furthermore, it will support apps from the likes of Uber, Starbucks, and Twitter, making it part smartwatch, and part fitness tracker. While this gadget is fully featured, at a price tag of $249, it won’t be cheap.