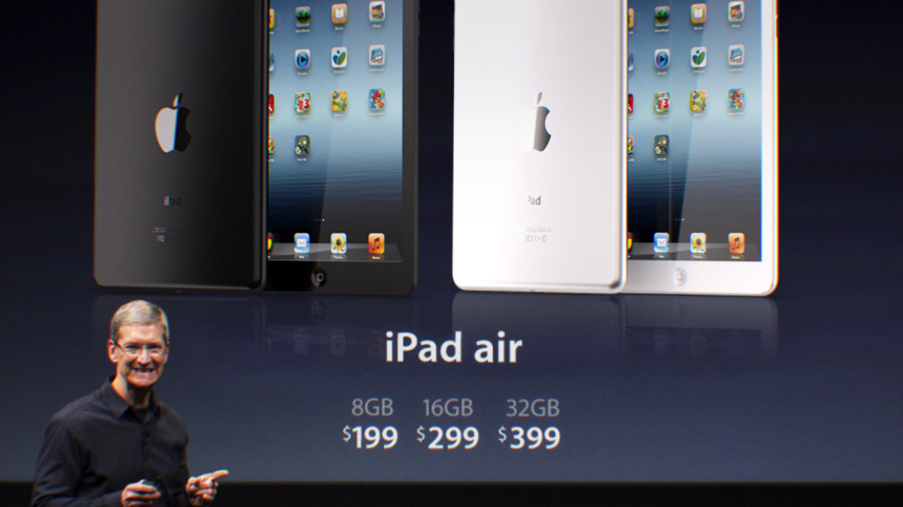 Attention Apple Fans! Today Apple announced the brand-new iPad Air – set to be released in a handful of countries this November. If you want to be one of the first to get the new iPad Air, be sure to sign up for a ReShip.com account to shop and ship to your home country. The new iPad Air is thinner, lighter and more powerful. And Cupertino takes that moniker seriously; this slate weighs just one pound (down from the fourth-gen model’s 1.4 pounds). It also boasts a 43-percent thinner bezel and a 20-percent thinner profile; it’s just 7.5mm thick this time around.

As expected, the new iPad Air sports a 9.7-inch Retina display. 64-bit architecture is on board with more than 1 billion transistors, and there’s an A7 processor under the hood along with an M7 motion chip. This device is rumored to be eight times faster than the first-gen iPad with graphics that are 72 times faster. Thanks to MIMO, you should enjoy faster WiFi, and look for expanded LTE support from international carriers as well.

The 5-megapixel iSight camera is capable of shooting 1080p video, and the FaceTime camera on the front includes “larger pixels” and a backside-illuminated sensor for better image quality. Additionally, the iPad Air sports dual mics. As far as battery life goes, expect about 10 hours. Finally, as many have been quick to point out, the iPad Air does not include the Touch ID fingerprint sensor that debuted on the iPhone 5s. That feature was met with plenty of backlash; it’s unclear if this is why Cupertino opted to leave it out.

The Air will ship on November 1st to several countries, including the US, UK, China and Japan. Notably, this is the first time China will get the iPad on launch day. When the tablet is available, you’ll have your choice of silver, white, grey and black color options.