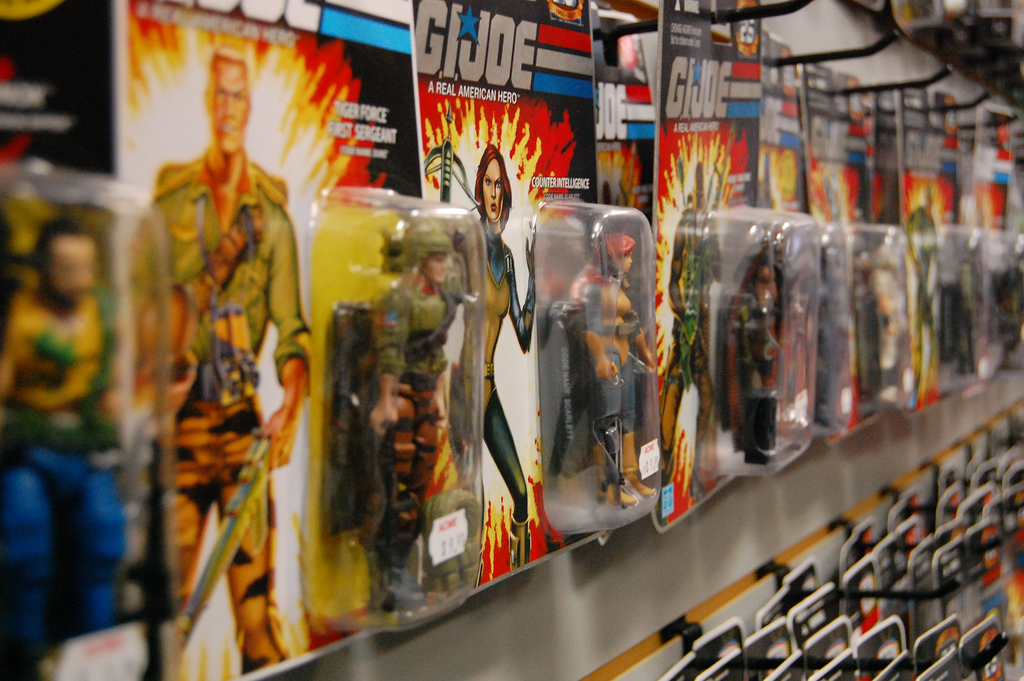 Halloween is coming up at the end of the month, which means that kids are soon to start filling their Christmas lists with all the latest toys.

The holiday season is an important time for retail companies as consumers flock to stores and stock up on gifts for friends and family. It’s a major benchmark for stores like Walmart, Best Buy, and Target, but it’s just as important for the companies making the products.

With that in mind, here’s a look at the toys, games and gadgets that are expected to drive big business in the next couple of months.

Ever After High Royals & Rebels Dolls

After the success of its Monster High dolls, Mattel decided to expand into the realm of fairy tales with Ever After High.

Featuring characters like Apple White, Hunter Huntsman and Madeline Hatter, the line features the children of popular fairy tale characters and casts them in a high school setting. The dolls are divided into Royals, who are destined to lived happily ever after, and Rebels, who want to change their destinies.

Ever After High dolls can be pre-ordered for about $20, and will release later this month.

DreamWorks’ Despicable Me 2 was one of the biggest box-office hits of the year, pulling in more than $350 million this summer. So it’s no surprise that the movie has spawned a line of popular toys.

There are a variety of Despicable Me toys out there — everything from small figures to Despicable Me Monopoly — but the big-ticket item for this Christmas are the collector’s edition toys. The minions, in particular are expected to sell fast, like the Minion Dave Talking Action Figure.

It’s pricey for an action figure, retailing for as much as $70, but it has plenty of features to justify that expense. The figure comes with talking sound effects, changeable expressions, fart sounds and — the real selling point — “super fart sounds.”

Video games do big business in the fourth quarter, and Disney is looking to double up on the spike in video game and toy sales with its Disney Infinity game.

Infinity, released earlier this year, is a video game that uses toys with near-field communication technology. The toys show up in the game, which means if you want to play as, say, Buzz Lightyear, you have to buy the Buzz Lightyear toy first.

Xbox One and PS4

Most eyes in the video game industry will be on Microsoft and Sony  for the release of their next-gen consoles: the Xbox One and the PlayStation 4.

The new consoles are upgrades of systems that have been around for more than 6 years, which means gamers are eager for new specs, better graphics and (hopefully) improved gameplay. Both consoles are boasting wide catalogs of launch titles, including entries from Activision, Electronic Arts and others.

Superheroes never go out of style, and Mattel is looking to capitalize on that with the Imaginext Batcave through its Fisher-Price brand.

The Batcave spans multiple levels (with an elevator for convenient travel) and includes Batman and Robin figures. Kids (or Batman-obsessed adults) can monitor the Joker on the Batcomputer, fly around in the Batwing glider and even drive Batman around on the Batcycle.

The Batcave retails for about $40 and does not come with superpowers.