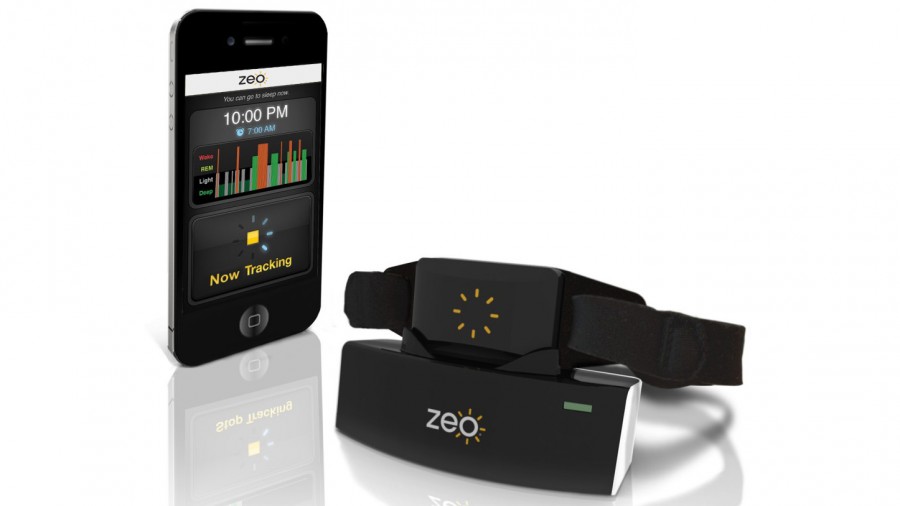 Google Glass and Apple’s rumored iWatch are destined to make wearable gadgets all the rage, but for runners, hikers, gym bunnies and weight watchers it’s a revolution already in full swing.

It’s a sea-change hung on the power and low price of sensors and Wi-Fi modules, whose presence in everything from watches and wristbands to scales and smartphones is fast making the act of going for a run something that demands more than will power alone.

Fitness apparel comes in many guises, including ‘old’ tech such as headphones and MP3 players, but behind all of it is the power of gadgets. By recording your own fitness levels, setting achievable goals and tracking progress you can make exercise more fun. Here are some of the best gadgets around that help you do that.

If you detest running but want to get fit, swimming is a powerful option, but plumbing the depths of the local swimming pool can be a lonely experience. Step forward this ingenious all-in-one Walkman, which puts all electronics and earphones in a totally waterproof design. Just 29g (1oz) and with 4GB of storage, it lasts for about eight hours. It feels like wearing a Bluetooth headset, except there’s no need for a separate smartphone or MP3 player.

There are two sizes of earbuds in the box, though the default one worked well for us. Hooking each earpiece over each ear takes a little getting used to, but once donned this Walkman impresses in the water, with bold audio that’s got just enough bass. It felt secure, too, while swimming and running, with the skip track and volume controls on each earpiece easily controlled. Our only complaint is that skipping back to the start of a track is all too easily done, which is fine for music, but irritating if you’re listening to a 30-minute podcast.

Most gyms invariably play pumping beats, but what if you’d rather jog along to some Leonard Cohen tunes or row at full pelt while listening to Book At Bedtime? Whatever your choice, Philips has come up with a lightweight gym-centric pair of headband headphones that’s designed to stay in place while you bob around the gym. A bright orange secondary headband ensures that, by sitting a little lower to stop the SHQ5200s flying forwards or backwards – the usual problem with headband models.

The actual cup is covered in a moisture-wicking fabric to stop sweat dripping in – though more from your head in general than from sweaty ears, as we first thought. Weighing a paltry 99g (3.5oz), the Philips ActionFit SHQ5200s produce a dynamic sound across the board, with bass definitely pushed up a notch, though our tests with all kinds of music and voice-based material proved all-round skill. Just as important is the hard-wearing Kevlar-covered cable that splits in two for quick severance of the link to a smartphone or MP3 player.

Hike the Inca Trail or walk coast-to-coast and you’re producing a lot of kinetic energy – but your gadgets are simultaneously running down in your backpack. Step forward the PEG (personal energy generator), which tries to square the circle by using your forward momentum to refuel a phone.

A small device weighing 400g (14oz) and boasting a USB 2.0 output, which should cater for almost all gadgets, the PEG must be placed vertically in a backpack or even handbag. It’s slow progress; a minute of talk-time on a 3G network requires 26 minutes of walking, though it’s a one-to-one relationship with listening to music. The PEG can also be charged up via mains electricity, which is the best way to start out, using kinetic energy only to top it up.

The maker of the Fitbit One pedometer here brings the aging bathroom scales into the 21st century. After connecting it to your home wireless network, your weight is recorded on your Fitbit account as well as being shown on the scales.

Its glass surface contains electrodes that send a pulse through your body to measure your fat percentage, from which it can calculate your Body Mass Index (BMI). All this information can be viewed on the Fitbit Dashboard through your web browser or a dedicated iOS app, and up to eight people can register an account and share the same set of scales. Best positioned on hard surfaces only, the Fitbit Aria is fun to use and comes highly recommended.

Motion sensors galore adorn the Jawbone Up, an oddly-named bracelet-style pedometer that’s also capable of monitoring your sleep. Sharing the information it collects with a smartphone app for iPhones and Android, the wristband and its software tell you how well you slept based on how you moved, sensing a difference between light and deep sleep and acknowledging when you wake up.

Fantastically designed, the Jawbone uses a 3.5mm jack to plug into a smartphone – for both data swap and charging (though Bluetooth would have been better, as with FitBit) – and a full battery charge is good for 10-days worth of use. Useful for identifying major flaws in your own activity – such as being a few kilometers short of your daily 10,000 steps – the Jawbone Up can divide-up sleep into deep/light, though there’s precious little interpretation of any of the data it records.

A pedometer whose main task is to force 10,000 steps from you per day, Larklife is a wristband that can wakes you – using a silent alarm clock – and then records even your slightest movements throughout the day. Then it tells your phone. It learns your bad habits and proffers coaching tips, while it’s also possible to record your eating patterns, too.

Three different sizes are available, though it’s a two-piece product – one is for daytime use, and movement, while the other is strictly for wearing in bed. The latter manages to decipher the difference between trying to sleep and actually sleeping, presumably using your movements and known average sleep data to produce exact times for falling asleep, hours spent sleeping, and how often you wake up. Probably the most useful function of Larklife is its alerts, which remind you that you’ve not moved from your desk for, say, two hours, which is all too easily done.

Solely focused on sleep – a cornerstone of health, well-being and fitness – the Zeo Sleep Manager Pro+ is an evolution of the Zeo bedside device you’ve probably seen before. This version instead uses a combination of a headband – rather than a wristband – with apps for iOS and Android devices to measure sleep patterns, and sort your sleep into four stages (Wake, REM, Light and Deep). The apps then interpret the data and offer advice, with a sleep graph prepared that compares your night’s sleep with previous nights and with your age group’s average.

Especially useful for all who have to wrestle with changing sleep patterns – from shift-workers to frequent flyers crossing time zones – the Zeo is a serious attempt at interpreting – and improving – sleep.

Take any trip outdoors lasting longer than six hours and we guarantee at least one – and probably all – of your party will start to worry about their smartphone’s battery. Instead of heading back home or to a hotel to charge up for the next day’s activities, the myFC PowerTrekk hydrogen fuel cell charger – an electrochemical device that turns chemical energy stored in a fuel into electrical energy – is an answer.

Turning water into hydrogen and then back into water again, releasing energy in the process, the PowerTrekk can recharge anything attached to its USB port, with a hole punched in a puck (which cost extra) starting the chemical reaction. Each puck is good for two full charges of a smartphone, though there’s also a micro USB lithium-ion cell battery onboard for more conventional power-ups. On the downside, it can only be used while stationary – say, at camp – and it pongs a bit, too.

Stats, maps, apps and chats are what the Mod Live HUD is all about. Aimed at skiers and snowboarders, it’s a heads-up display that integrates a GPS and Bluetooth equipped mini-computer and LCD screen into a pair of goggles. Rather than giving you visual information layered on top of what you’re looking at – as with Google Glass – the Mod Live HUD uses a small screen that stays in your peripheral vision. Created to fit only a select number of specially designed goggles from several manufacturers including Smith, Uvex, Oakley and Scott, a battery pack, cable and HUD screen is also required.

The Mod Live’s screen is very small, at just under half an inch wide, but since it’s so close to your eyes, it’s big enough to read without blocking your vision. When you hit the slopes it displays your current speed, altitude, distance and vertical feet travelled while smartly slicing all of this information into individual runs for easy reference and bragging rights. It also tracks your daily and all-time records. The live read-out of speed might be dangerous, but overall the live stats on ground covered ought to help you get the most out of your time on or off the piste.

Navigation of the world’s wilder bits is what the Suunto Core watch is for. More affordable than many of its competitors, the Core packs in the tech; altimeter, compass, depth meter and a thermometer are all inside, while it also includes sunrise and sunset times for 400 locations across the globe. Back-lit and weighing just 64g (2.3oz), it’s also waterproof to 30m (100ft).

A stopwatch and timer are useful for navigation while following bearings, while three alarms are also included. Usefully, the Core logs your altitude and distance travelled, so you can track your progress up and down mountains over an entire week. It’s a fun way of recording your achievements, whether skiing or trekking over mountain passes. Simple to use and with rugged reliability, the Suunto Core is a great value outdoors watch.